Well there goes another £250 on the car. It failed its MOT. The cause? Broken coil springs which are the direct result of having to drive over thousands of car breaking speed humps. How I hate those things!

You might think someone who has spent so many years in road safety would be in favour of such things. But I think speed humps are a bad idea for many reasons:

It doesn’t matter how carefully we negotiate these artificial hazards. The constant wear and tear produced causes all kinds of damage to vehicles. If you turned them the other way round we’d be calling them potholes and they do just as much damage! Here are a few examples:

There have been countless reports of damage caused to official vehicles. In 2004, the Metropolitan Police told the London Assembly that 34 of its vehicles had been damaged by speed bumps in a three month period. It’s the hard-pressed taxpayer has to foot the bill for deploying the humps. We then have to pay again to repair the damage they cause!

It is a proven fact that vibration shockwaves caused by the impact of vehicles going over speed humps causes damage to surrounding roads, pavements and more importantly buildings. Because of this there are regulations which state that speed humps may not be created within 25m of bridges, tunnels or subways. But the authorities are quite happy to deploy them outside of your home! If your home is showing signs of vibration damage and you have a speed bump outside, consider suing your local council for damages.

If you suffer from a bad back or neck, then you don’t stand much chance of recovery if you have to go over hundreds of speed humps every week as I do. If you don’t have a bad back or neck, then you will probably end up with one. It is not just vehicles which suffer damage, the people in them do too. If you become a victim of physical injury caused by or exacerbated by speed humps, consider suing your local council for damages.

Research carried out in Austria on a mile long stretch of road with six humps and a 40kph speed limit showed these findings. Cars negotiating the humps emitted 10 times more nitrogen oxide, 3 times more poisonous carbon monoxide and 25% more carbon dioxide than vehicles maintaining a constant speed. The consumption of fuel rose from 7.9 litres to nearly 10 litres per 100 km. The report concluded: “A regular traffic flow would therefore always be more environmentally friendly”. Our own Transport Research Laboratory (TRL) in the United Kingdom conducted emissions tests on roads with a 75 metre hump spacing. They found CO emissions increased by 70-80%, Hydro-carbons by 70-100%, and CO2 by 50-60%. So much for the ‘greens’ who seem to encourage the use of speed humps, they’ve shot themselves in the foot with this one.

Drivers braking and accelerating between speed humps create far more noise than those driving along at a steady speed. Large or heavily leaden vehicles in particular will often bounce over humps with a crashing sound.. If you live in a residential street plastered with humps you’ll no doubt be well aware of this by now.

If you’re likely to need an ambulance, pray the route they take doesn’t involved a lot of speed humps. In a quote from Sigurd Reinton, the Chairman of the London Ambulance Service at the time, he claimed that speed humps were killing hundreds of people in London by delaying 999 crews. He said “For every life saved through traffic calming, more are lost because of ambulance delays.” Obviously this is the same for police and fire crews. Statistics show that speed bumps probably cause many more deaths than they save. So why do city councils still insist on deploying them?

Are they really that stupid?

Speed humps used in moderation in some high risk areas may well have a contribution to make to road safety. Widespread proliferation however as a traffic calming device is the proverbial sledgehammer to crack a nut scenario. Only those who don’t have to constantly drive over them all day could possibly agree that the current situation is sensible.

Braking on Corners & Why You Should Avoid It

Tue Nov 19 , 2019
If you feel the need to use braking on corners, then you have simply approached too fast. Whenever you approach any kind of bend, to turn at a junction or take a curve in the road, your speed should be at its lowest before you enter it. A car is […] 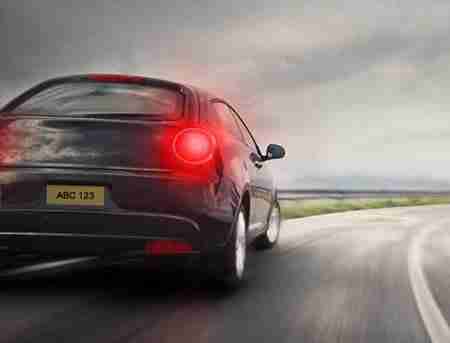